Back in 2014 when I was a vegetarian, I shared a recipe for a plant based French Onion Soup. Since then I was diagnosed with thyroid disease (Hashimotos) and I gradually reintroduced meat back into my diet to reduce the amount of soy that I was eating. While we tend to eat mostly chicken and pork (which we raise ourselves) we do buy locally raised beef as well. Therefore, I thought it was time that I shared a traditional recipe for French Onion Soup that did incorporate beef.

I made this soup for dinner last weekend. My 11 year old step son Lukas would have normally turned up his nose due to the “onions” but he enjoyed it too (I did ladle most of the onions out of his bowl). He’s growing up!

I started it the day before by sautéing the onions in our breakfast bacon grease. I slow simmered a roast with beef broth (while I do normally make my own – I did purchase a carton of broth from the store). Of course, before serving, I added tons of Swiss cheese on top of toasted French baguette and finished each bowl under the broiler.

A lot of people do not add meat to French Onion Soup and stick to the broth. However, I fondly remember the best onion soup I’ve ever had more than twenty years ago at a restaurant in Gettysburg, Pennsylvania. The soup had huge savory chunks of meat and was hearty and delicious. I like when a bowl soup can serve as a meal and this soup definitely does.

I need to find hearty oven safe soup crocks because I didn’t brown it long enough – I was worried the bowls would crack. I also miss fresh garden sage and thyme. What a perfect dinner for a gray Sunday in December.

*5 cups of vegetable stock (I bought an extra large container)
*3 cups of water
*Optional – 1 cup of red wine
*1 small beef roast (2-3 pounds)
*8 medium sliced onions
*4 minced garlic cloves
*2 sprigs of rosemary (2 teaspoons dried)
*2 clusters of sage (2 teaspoons dried)
*6 strands of chives (2 teaspoons dried)
*1/2 cup of parsley (2 teaspoons dried
(I do not chop the fresh herbs but tie them in a bunch with string and add them to the soup)
*3 Tablespoons of your favorite cooking oil, butter, or bacon grease
*Salt and pepper to taste
*Loaf of crusty bread
*Swiss cheese (several cups)

For this soup I slow simmered the roast in the beef broth the day before for 3 hours and sautéed up the onions and added all the ingredients into the crockpot and stored in the refrigerator to cook the next day. However, you can make it all in one shot.

I have read recipes where the onions are placed raw into the soup pot or crockpot, however, I think that caramelizing them well in a pan gives the soup a depth of flavor. Divide up your cooking fat and onions in three batches and cook on low heat. Add a little salt to the onions and cook until brown and caramelized. Saute the minced garlic with the last batch of onions. Add the onions, garlic, herbs, and broth to the crock-pot.

Cook on high for four hours (times may vary according to your slow cooker.  This soup could be also be made on the stove top and I would recommend cooking it on low for a few hours).

Serve the soup hot and top with toasted bread. Slice the bread, top with cheese, and allow to brown under the broiler. Dig in! You will find the leftovers of this soup are even better than the first bowl.

It was 11 degrees this morning in the Upper Peninsula of Michigan and my husband was tinkering with the sprinklers?! Covid may have temporarily cancelled hockey for our Lukas. However, it didn’t cancel a father’s love for his son and love of the game.

John doesn’t use a liner, but normally there’s lots of snow right now that he packs down underneath the rink with his tractor. It’s been a strange winter. Though, I’m sure the snow will show up in full glory.

Thank you for following my blog and sharing my recipes. Make sure you check out all the other soup recipes I have created. Stay warm and take care of yourselves and each other.

2 thoughts on “French Onion Soup: Stave Away the Winter’s Chill” 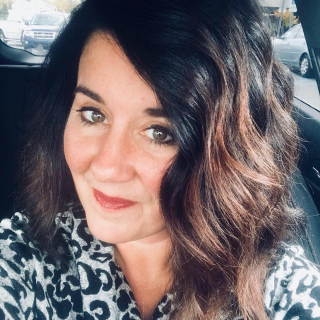